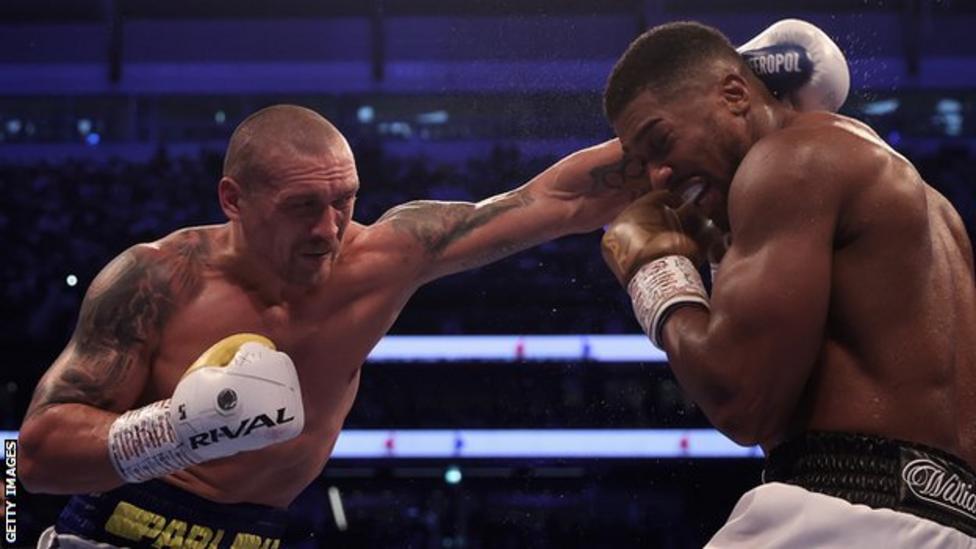 Saudi Arabia could host the Oleksandr Usyk-Anthony Joshua rematch in late June, according to the Ukrainian’s promoter Alexander Krassyuk.

Usyk is set to face Briton Joshua after beating him last year to be crowned unified heavyweight champion.

“Saudi is the place we are in discussions with at the moment,” Krassyuk told BBC Sport.

“Late June is the date we are looking at. Nothing has been confirmed on paper. We are working on it.”

While Saudi Arabia is believed to be the front runner, Krassyuk has not ruled out the rematch taking place elsewhere.

“There are other options but we take it step by step,” he added.

A fight in Saudi Arabia is likely to provoke controversy, with the country accused of investing in sport and using high-profile events to ‘sports wash’ its reputation in other parts of the world amid concerns over its human rights record.

Joshua could return to Saudi Arabia having regained his world title belts by beating Mexican Andy Ruiz Jr in the capital Riyadh in December 2019, after being knocked out by the Mexican in a shock knockout defeat six months earlier.

Usyk won the WBA, WBO and IBF belts from Joshua on a unanimous points decision at London’s Tottenham Hotspur Stadium in September.

The rematch with Joshua, 32, had initially been targeted for May but was pushed back after Usyk enlisted in Ukraine’s military in March following the Russian invasion.

The 35-year-old left his native Ukraine, where he had been helping to defend the country, on 23 March.

The Gulf Kingdom state’s human rights record and recent security concerns will once again be highlighted should such a high-profile sporting event be hosted in the country.

Britain’s seven-time Formula 1 world champion Lewis Hamilton repeated his call for Saudi Arabia to improve its human rights record before last weekend’s Grand Prix in Jeddah. The race went ahead despite a missile attack about nine miles from the track on Friday.

The use of the death penalty, jailing of women’s rights activists, punishment of same-sex relationships and a military campaign in neighbouring Yemen are among the reasons why Saudi Arabia’s involvement in sport has been criticised.