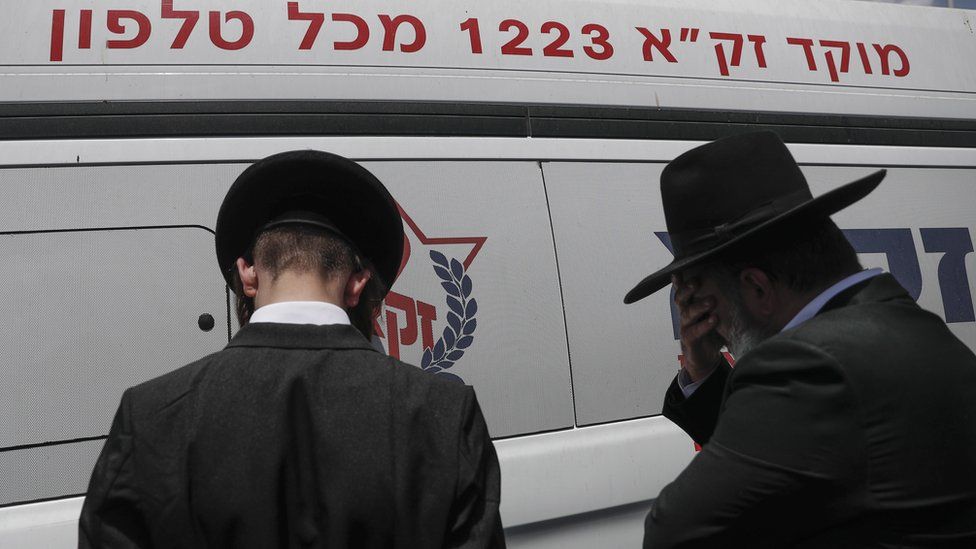 Two Palestinians suspected of killing three Israelis in an axe and knife attack on Thursday have been arrested, police in Israel say.

A massive manhunt was launched in the wake of the violence in the mainly ultra-Orthodox Jewish town of Elad.

The assailants struck in a park where families had gathered to celebrate Independence Day, and on a main street.

It was the latest in a wave of deadly attacks in Israel by Palestinians or Israeli Arabs since late March.

Seven others were wounded, two seriously, in the attack.

The two suspects were found in a bush near Elad. The Israeli authorities said they came from the district of Jenin in the northern West Bank.

Seventeen Israelis, including an Israeli Arab policeman, and two Ukrainians have been killed in the attacks in Israel and the West Bank since 21 March.

At least 26 Palestinians, including the attackers, have been killed in Israeli raids and confrontations since then.

Tensions have risen recently over the flashpoint holy site in Jerusalem known to Muslims as al-Aqsa mosque compound and Jews as the Temple Mount.

The site has seen recurrent violence over the past month, with hundreds of Palestinians injured there in the clashes with police.