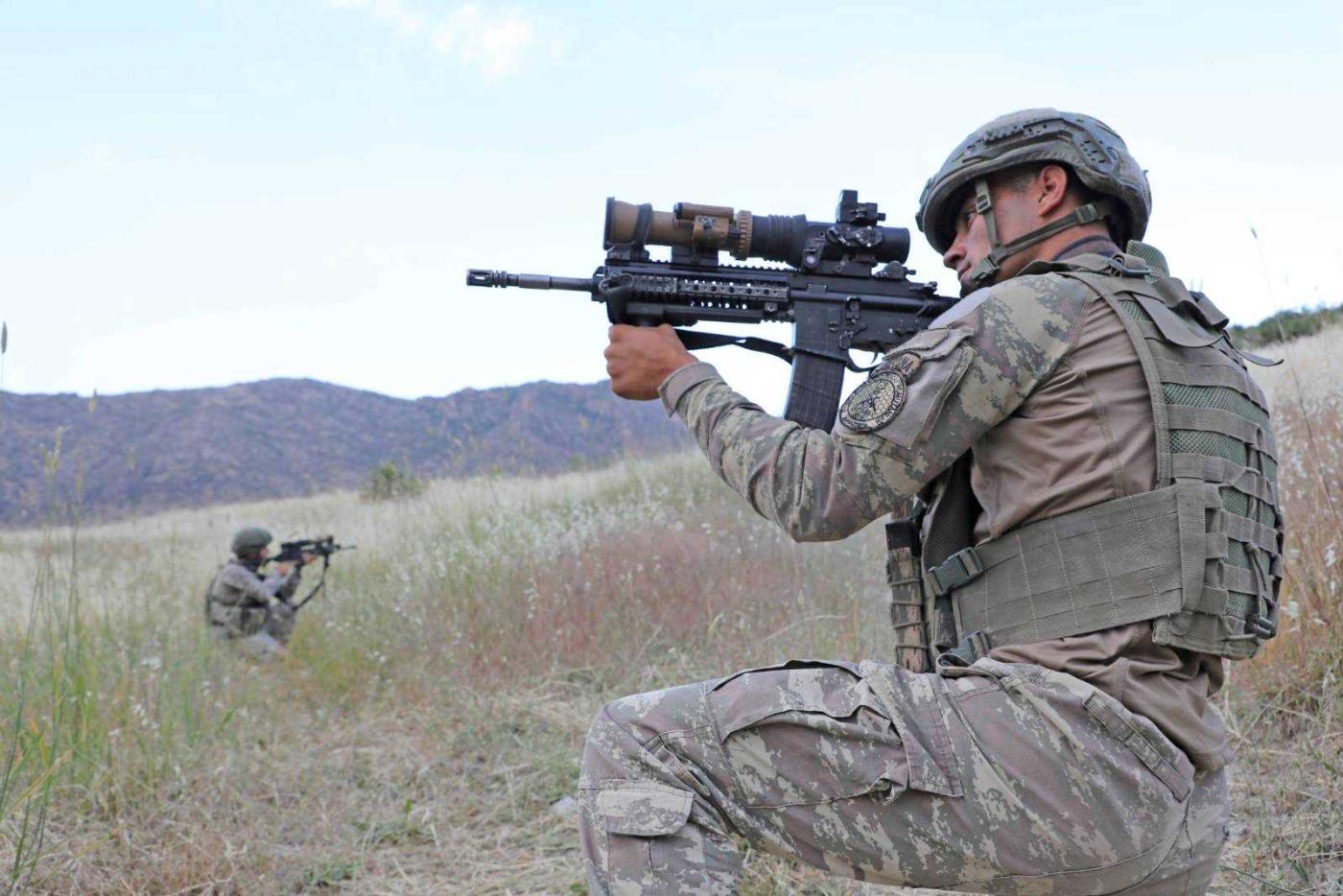 On Monday, Turkey launched another air and ground operation against PKK fighters in Iraq, targeting facilities and ammunition stores. Four Turkish soldiers were killed and 45 PKK members were “neutralised”, according to the Turkish government.

Its defence ministry said in a statement that the operation focused on the northern Iraqi regions of Metina, Zap and Avasin-Basyan, with the participation of commandos and special forces, by land and air. Turkish drones, warplanes and cannons also ploughed the area, which experts call the PKK’s “heartland”, as it is militarily more important than the Qandil mountains, where their headquarters are located.

Operation Claw Lock comes after a series of Turkish military engagements that established nearly 20 military outposts in northern Iraq, and pushed the PKK to the south in recent years.

Turkey has had outposts in the region since the 1990s, but after the latest string of operations, Ankara aimed to completely control this mountainous territory, which is littered with caves and entrenchments.

The military was planning to establish permanent bases in Avasin and Zap and push the PKK even further south, according to a Turkish military source, speaking anonymously to MEE.

“The operation’s objectives are pretty clear: destroying all the PKK camps in these areas and establishing bases, isolating the Turkish-Iraqi border,” the source said. “This will completely end PKK’s infiltrations into Turkey.”

The source said Zap was the only remaining region that was used by the PKK to transport manpower and weapons into Turkey, adding that a successful conduct of the operation could enable the Turkish military to stage land operations against the PKK in the Qandil mountains, near the Iraq-Iran border, in the future.

Rich Outzen, a geopolitical consultant and a former member of the US State Department’s Policy Planning Staff, told MEE that in recent years the Turkish military has transformed itself into a better-equipped professional army, and is becoming increasingly effective against the PKK’s guerilla warfare.

“By integrating a combined arms team (ground and air forces, even naval bomb technicians and other speciality forces) and especially through the use of drones, Turkish Armed Forces have improved their ability to detect, target, strike and manoeuvre against PKK fighters even in very difficult terrain,” Outzen said.

“The fact that counter-PKK operations increasingly take place not on Turkish soil but in mountainous areas of northern Iraq, long controlled by the PKK, shows that over time the operations have become more effective, and I expect Operation Claw Lock to continue that trend.”

The operation has already rattled the PKK leadership, which for four decades has waged war against the Turkish state: first for a Kurdish independent state, and later for an autonomous region.

Turkey, the US and EU all designate the PKK as a terrorist organisation, due to its past, deadly actions against civilians.

Duran Kalkan, a member of the PKK’s central committee, said the group would not fall into “the enemy’s trap” by putting itself into a trench warfare.

“This war will be in Turkey, there will be a more effective war in metropolises. They will develop in large cities, in the valley and the mountain,” Kalkan said in a televised address on Tuesday, following the start of Turkey’s latest operation.

In a separate interview, Kalkan told the pro-PKK news agency ANF that what was happening in northern Iraq was a “war on survival” and warned that the conflict would escalate. “Every Kurd must do what’s required from them,” he added.

Kalkan also blamed the Kurdistan Democratic Party (KDP) – Iraqi Kurdistan Regional Government’s ruling party – for lending its support to the Turkish state for the operation. However, he noted that the KDP had so far avoided a direct clash with the PKK.